Roberta Metsola elected President of the EU Parliament: “I will honour David Sassoli by always standing up for Europe”

(Strasbourg) “I will honour David Sassoli as President by always standing up for Europe. For our common values of democracy, dignity, justice, solidarity, equality, rule of  law and fundamental rights.” These are the first remarks of Roberta Metsola shortly after being elected as the new president of the European parliament in Strasbourg. Metsola, a member of the EPP group, a lawyer, married and mother of four, turns 43 today. On a total of 690 voters (616 valid ballots) Metsola received 458 votes – Green MEP Alice Bah Kuhnke came second with 101 votes, followed by Sira Rego, (Left) with 57 votes. 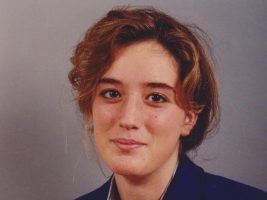 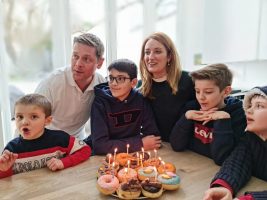 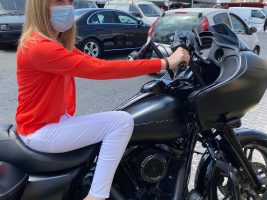 The third woman. Born in Malta on January 18, 1979, Roberta Metsola has been a Member of the European Parliament since 2013. She was elected first vice-president in November 2020 and served as interim president after the death of President David Sassoli. She is the third woman President of the European Parliament, after Simone Veil (1979-1982) and Nicole Fontaine (1999-2002).

Belief and enthusiasm. She was voted by the People’ s Party, the Socialists & Democrats and the Liberal Democrats of Renew Europe. Other MEPs from parties with no nominated candidate also voted for the Maltese politician.

“I want people to recapture a sense of belief and enthusiasm for our European project” she said.

“We must fight back against the anti-EU narrative that takes hold so easily and so quickly. Disinformation and misinformation, further amplified during the pandemic, fuels easy cynicism and cheap solutions of nationalism, authoritarianism, protectionism, isolationism.” 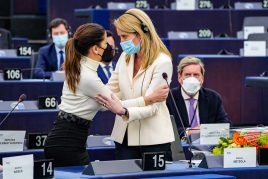 Her position on abortion. In her speech she mentioned the pandemic, economic recovery, the environment and climate change. Strong emphasis on individual and social rights, in defence of minorities (“I am Maltese, I know what it means”), women, LGBT rights. Speaking to journalists after her election, she was hammered with questions on her anti-abortion positions. “I am now the president of the parliament”, she said, “and I therefore shoulder and represent the positions of the Parliament”, which has adopted documents referring to the “right to abortion” on several occasions.

Corruption, migrations… Metsola has a track record of anti-corruption activity in her home country, while in Strasbourg and Brussels she gained recognition for her efforts in the Committee of Inquiry into money laundering, tax avoidance and tax evasion (PANA) and as the

author of the report on the migration crisis approved by the hemicycle in 2016. Its aim was the definition of a binding legislative approach

on the resettlement of migrants, to meet the needs of first destination countries.

Against nationalism. In her acceptance speech, and in the ensuing meeting with journalists, Metsola

made repeated reference to a number of international challenges including the refugees stranded at the Belarus-Polish border, Cyprus – “a divided country” – the Ukraine threatened by Russia, Turkey – a source of destabilisation in the Middle East and the Balkans. 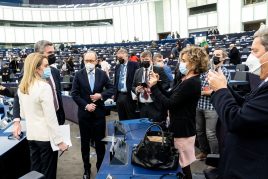 Metsola’s election was naturally applauded by the parties that supported her, with the Greens calling for respect for all the political forces in Parliament (for the renewal of the posts of vice-presidents, quaestors and chairs of parliamentary committees, there was explicit talk of “allocation of seats”). The ECR Group (Conservatives) also supported her election and renounced its own candidacy. When explicitly asked about her relations with anti-EU far-right groups, Metsola said: “I am and will always continue to oppose those who want to destroy the European project.”