Messina Denaro’s arrest. The parish priest of Castelvetrano: “Enthusiasm and indifference. The Church will do her part”

The news of Mafia boss Matteo Messina Denaro’s arrest in the town of Castelvetrano, the epicentre of his life and interests, was received with great enthusiasm. But feelings of celebrations and rejoicing were felt only by some. With a round of text and Whatsapp messages, approximately two hundred people, mostly young people, assembled in the centre of the town to celebrate an important moment in local history. Official events, organised by the town council, took place on Wednesday morning, with approximately 400 participants and the involvement of schools. “We organise conferences, but no representative of national institutions showed up here, which is a symbolic place. Only local officials were present”, said Fr Giuseppe Undari, parish priest at Castelvetrano’s mother church.

How did the local residents respond to the news of the Mafia boss’ arrest?

In the town, not everyone reacted in the same way. Some saw it as a liberating event, others reacted with cynicism or indifference; some people were not afraid to express their opinions publicly while others withdrew into their homes. Unfortunately, we have to admit that these territories have been humiliated by poor political response to their needs. I met people who told me: “You took to the streets, but did politics give you any answers? In their opinion, the answers are those given by Messina Denaro.

Did a large number of people take part in the local celebrations?

Most significantly, they were poorly represented by the various entities operating locally. But this phenomenon does not belong to present-day culture, it has been shaped throughout many decades. On top of that, there is fear. Ecclesial communities inspired by the Gospel have not overcome this fear and did not participate. The Italian Catholic Guides and Scouts Association (AGESCI), numerous citizens and a few associations, sensitive to this phenomenon, which they know and thus oppose, were present. It stems from their formation, but it was also spontaneous. The Scouts’ centre was established in a property confiscated from mafia members. Where were the confraternities, the associations, the movements? Who put themselves out there? Who stood up? Yours truly, the youth group and the scouts. Where was everyone else?

What about the young people’s parents?

Many were not there. To be more specific: a teacher told me that some of the parents did not give the school permission to allow their children to attend the event organised by the mayor with the school’s participation. And, in this case, school regulations came into play. It was not a spontaneous event like the one held on the evening of the arrest 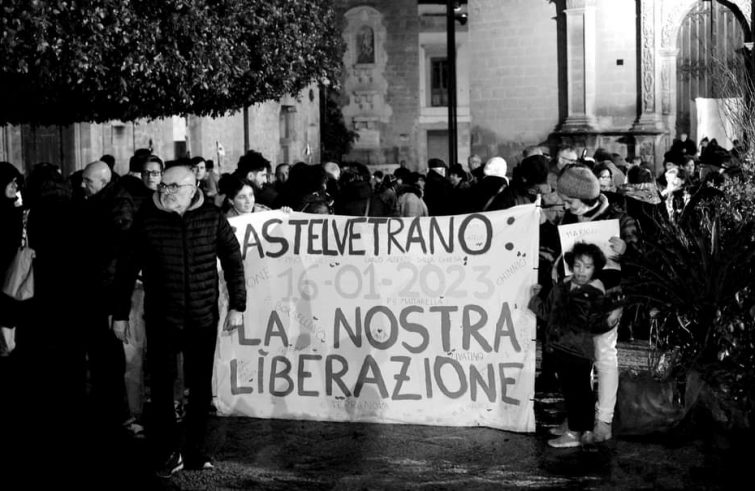 What does this tell us?

That we have very little impact at cultural level. If this culture, which disregards homicides and bomb attacks, proves successful and lingers on, it means that something is very wrong. It means that some mechanisms are at play and they should be analysed. We must also give more emphatic answers as a Church. There is a climate of fear that has yet to be overcome.

What are the challenges at ecclesial level?

During a recent meeting with the bishop, I informed him about the local challenges. He took office a few months ago, but being Sicilian he knows what it means to live in an area plagued by the Mafia. I have noticed that young people are open-minded and sensitive to these issues. A femicide occurred in December and we wished to organise an event to reflect on the problems of violence and prevarication, on the tendency to subjugate others. The bishop asked me to do something about this. The young people I met during the demonstration and with whom we intend to initiate a project are well aware of the situation. The adults less so.