Earth Day. Milano: “Globalisation must be humanised and made more environmentally friendly”

“The Earth Day 2022 theme is Invest In Our Planet. Earth Day marks a time for all people around the world to come together and celebrate the Earth, demonstrating support for its protection. It involves up to one billion people in 192 countries globally each year. The United Nations celebrates Earth Day every year on April 22, one month and two days after the spring equinox. SIR broached the subject of Earth Day with Giuseppe Milano, Greenaccord Secretary General. 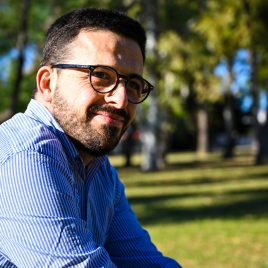 What are the objectives of Earth Day?

I find that its theme, ‘Invest in our Planet’, encompasses the urgency of decarbonising our cities, which, while covering just 3 per cent of the earth’s surface, account for over 70 per cent of global pollution. However, in my view,

it also addresses the need to embrace nature-based solutions that will enhance both the beauty of the places where we live and the psychological wellbeing of those who live and work there, with a genuine awareness that a new development model must be adopted, in the light of the finiteness and limitedness of the natural resources available.

Is this year’s theme, “Investing in our Planet”, intended to act as a call to provide an effective response to climate change?

because the sustainability of our cities, which risk becoming uninhabitable by 2100 as the IPCC has recently warned, will depend on how they are governed in terms of mitigation and adaptation, owing to rapidly escalating global average temperatures that are likely to exceed the 2°C safety threshold.

Given the blatant human impact on the environment and on the most vulnerable populations suffering the consequences of climate change, is everyone expected to do their share? Governments, industry, as well as individual citizens? How?

Present-day crises – the pandemic and the war – have opened contemporary societies’ ‘Pandora’s box’, unveiling social and environmental challenges that can no longer be underestimated or denied.

Unfortunately, our country is now significantly behind schedule in meeting not only the Sustainable Development Goals (SDGs) by 2030, but also the target of reducing climate-changing emissions by 55%.

Hence the answer to this problem can be found not only in long-awaited key measures – such as the new National Energy and Climate Plan, the climate adaptation law or the law for the protection of non-renewable resources such as soil – but also, and above all, in ensuring that those measures enhance local democracy, where communities’ aspirations to live in resilient, more inclusive and generative territories, are at play. For example, citizens can make a difference by becoming actively involved in energy communities or by rethinking their lifestyles, starting with food consumption patterns. This is something I am deeply convinced of.

Which goal should be achieved first – in Italy and globally?

There aren’t many options, and the fratricidal conflict in Ukraine painfully confirms this:

globalisation must be humanised and made more environmentally friendly.

Over the past decades, globalisation has fundamentally altered the Earth’s biosphere and endangered its biodiversity, failing to promote greater solidarity, but rather increasing the blackmail capacity of countries such as Russia (for gas) and China (for technological innovations). Europe, and especially Italy, with Spain, must achieve energy autonomy and develop into sustainable democratic nations by capitalising on their extensive natural heritage and their extraordinary skills.

Even after many years, Pope Francis’ strategic vision of integral ecology remains the guiding compass for all those who truly care about the care and enhancement of Creation, combining social and environmental justice.

Which awareness-raising initiatives on these issues will Greenaccord be pursuing this year?

Besides its long-standing environmental training sessions for journalists and communication officers, which have become increasingly popular and valued, this year Greenaccord will also be engaged in its national and international forums, including specific initiatives on “female genius”, biodiversity, nature trails and the circular economy. The clear objective is, in the name of Alex Langer:

to increasingly encourage ”a socially desirable ecological conversion” that leaves no one behind, bringing together proximity and sustainability.